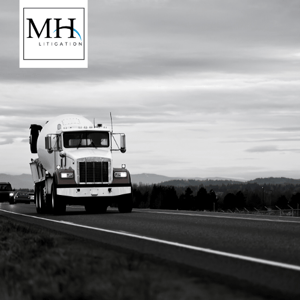 Trial attorney James Snyder and his team obtained a defense verdict on behalf of a concrete pumping company and its driver in a Virginia Circuit Court jury trial. The plaintiff, a passenger in a vehicle her husband was driving, filed a $1,000,000 lawsuit against the defendants, alleging the concrete pump truck operator failed to keep a proper lookout and, by doing so, caused a T-bone accident. The defendants, however, asserted the plaintiff’s host vehicle failed to yield to the oncoming concrete pump truck and pulled in front of the truck, leaving the driver with no time to avoid the accident, despite his best efforts.

The injuries to the plaintiff were significant and not contested at trial. The plaintiff presented twelve witnesses over the course of the two day trial, eight of whom discussed the damages. The four liability witnesses included the defendant driver, two independent eyewitnesses and an accident reconstructionist. The defendants presented three liability witnesses, including the driver, a witness who spoke to the driver on the phone prior the accident (to refute claims the driver was on the phone when the accident occurred) and the company owner.

The jury deliberated for two hours and forty-five minutes before returning a verdict in favor of both defendants.