Help Me Help You: 3 Things Your Attorney Needs to Successfully Defend Your Insured 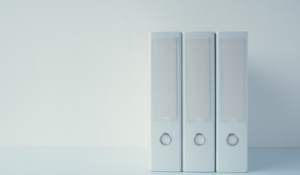 When a new case first comes in, certain pieces of information facilitate our initial investigation. Of course, when a lawsuit is the first notice of loss, everyone is starting the defense with little to no information to pass along. However, in most instances, the client has received some essential information before the claim becomes a lawsuit and finds its way to us.

Immediate access to these three things helps us attack the case:

3) The Police Report/Incident Reports. This is the first recorded accounting of the event that leads to the lawsuit. You can learn a lot from the police officer’s narrative, the description of speed, injuries, distractions, vehicle damage, citations, etc. Incident reports likewise provide valuable information about the initial injuries, statements about the event and key witnesses. The Police Report/Incident Reports will assist in the initial telephone conversation with the tortfeasor.

As a general rule, the more information the better, but on day one, having these three pieces of information when a new suit arrives, allows us to hit the ground running, and assists in early case evaluations, overall case efficiency and intelligent communication with the carrier about case strategy.