It's the War, Not the Battle 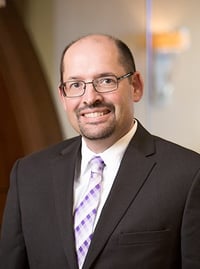 Several years ago, I was representing an herbicide manufacturer against a toxic tort lawsuit. The claim was that our product caused substantial damage to the crop, instead of the underlying target foliage. The Complaint named my client and several other co-defendants, each of which played some role in the manufacturing, purchase and/or application of the herbicide.

Although my client was the target, I knew we were not the at-fault party and I knew we could prove it. I knew the real tortfeasor was one of the co-defendants and I was ready to announce it to anyone who would listen. It was then that my client pulled me aside and said that we would not be announcing any such thing and that we would take the lead on coordinating and funding a comprehensive settlement. I responded, “Why? But we didn’t do it!” And I was told, “Because that company is one of our most faithful, best clients and we will not sabotage the long term viability of that relationship to win this case.”

We must always be mindful of the big picture for each client in each case. Is this case the one in which to draw the line and fight to the bitter end? Is this a case that we can win, but to do so would cause harm to a valued partner? Will potential future relationships be damaged because of how we approach this one case?

I think my client’s admonition in every case I have handled since. It is imperative that I know what my client is hoping to achieve. For me to know, the client must know. Early, frequent, honest conversations about the long term goal and the short term approach allow me to best achieve for you, my client, the case-specific result while preserving the business-specific objective.