Virginia Venue: Not as Easy as it Used to Be

Virginia code amendments since 2004 limit Plaintiff “venue-shopping” as they align venue options with the common sense view that a lawsuit should be filed where the underlying action occurred. 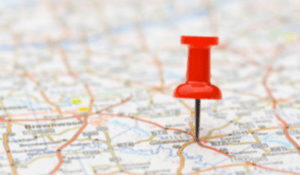 If you ask a non-lawyer where the common sense venue would be for bringing a lawsuit, most would tell you the court in the city or county where the action occurred. But in Virginia, there have long been other options. Historically, one focuses on the business activities of a defendant.

Plaintiff attorneys frequently file in traditionally plaintiff-friendly verdicts, regardless of the appropriateness of the forum. If the accident did not happen in the chosen forum and the defendant does not live in the chosen forum, the fall back for plaintiffs is the defendant’s alleged “substantial business activity.” By attacking, what is often, a tenuous link between a case and the forum and the lack of substantial business activity, we can transfer the case into a more conservative venue, immediately driving down the value of the claim.

Until 2004, Virginia Code §8.01-262 provided that a permissible venue in which to file suit was where the defendant regularly conducted affairs or business activity. In addition to where a defendant worked, the most obvious choice here, this led to such inquiries of a defendant as to where they shopped, went to church, visited friends, passed through on the interstate, volunteered or socialized. As a practical matter, the choice a plaintiff had available for forums in which to file suit were greatly expanded through unrelated, often inconsequential, activities.

In 2004, the Code was amended, to change “regularly conducts affairs or business activity” to “regularly conducts substantial business activity.” The signal from the General Assembly was clear – require a greater connection between the defendant and the forum where suit could be filed. This amendment eliminated questions about shopping, church, travel habits and social gatherings, and drove the inquiry toward where a defendant worked or invested money. Through various circuit court opinions, the most common threshold for having “substantial” business activity was a defendant conducting 10% or more of its business in the forum. The available forums where a plaintiff could file suit were shrinking.

The General Assembly continued this contraction through an amendment in 2013. Regularly conducting substantial business activity was no longer enough. Rather, there needed to be a “practical nexus to the forum, including, but not limited to, the location of fact witnesses, plaintiffs or other evidence to the action” before the Court even considered whether a defendant regularly conducted substantial business activity in the forum. Although faced with tortured arguments from plaintiffs who wanted to view this as a list of forum-granting considerations – i.e. arguing the amendment conferred venue where the plaintiff or other witnesses lived – Courts have faithfully read this amendment to mean exactly what it says. First, the plaintiff must show some connection between the forum and the underlying action. If such a connection is shown, then the Court will consider the amount of business activity the defendant conducts therein.

The requirement for a connection between the action and the forum, as set forth in Virginia Code §8.01-262(3), is yet another step toward the common sense view that a lawsuit should be filed where the underlying action occurred.