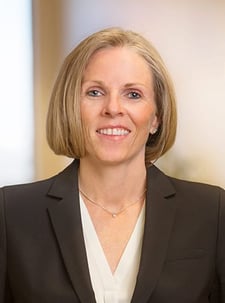 With the cost of medical treatment ever on the rise, it is imperative that Claimants cooperate with the recommended medical care to optimize results, minimize the likelihood of repeat procedures, restore their health, and enable them to return to the workforce.

It is well-settled that the receipt of workers’ compensation benefits is conditioned upon Claimants undergoing necessary medical treatment and indemnity benefits may be suspended if the Claimant unjustifiably refuses treatment, until such time as the refusal is cured.  But, can smoking be considered an unjustified refusal of medical care?  The Court of Appeals addressed this issue in Shawnee Mgt. Corp. v. Hamilton, 24 Va. App. 151, 480 S.E.2d 773 (1997).

Granting Hamilton another Hearing (en banc), the Court of Appeals reversed course and held that the Claimant’s unsuccessful effort to stop smoking was not a conscious or willful refusal to follow the treatment recommendations of her physicians.  Rather, the evidence proved that the Claimant had made a good faith effort to end her habit and the employer had never offered nor had the claimant refused any medical treatment to assist her personal effort to stop smoking.  In light of claimant's long history with cigarettes, the sizable reduction in her smoking, and her testimony that she had not abandoned her current effort to quit, credible evidence supported the commission's finding that claimant had not "refused" to comply with her physicians' directives to stop smoking.  Shawnee Mgt. Corp. v. Hamilton, 25 Va. App. 672, 492 S.E.2d 456 (1997).

Recognizing that we are limited by the Claimant’s self-reporting regarding her smoking habit weighed against the frequency that we receive requests to pay for repeat surgery for Claimant’s who continue to smoke during recovery and suffer a non-union, it may be money well spent to consider approving a smoking cessation plan if it is recommended by the treating physician, especially if non-compliance with the plan is justification for an employer’s application to suspend indemnity benefits for failure to comply.