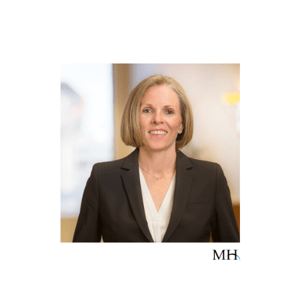 The Court of Appeals affirmed the Full Commission’s finding that claimant failed to prove that his injuries arose out of employment.

The claimant was driving home from a jobsite in a company truck when he fell asleep behind the wheel and crashed in to a tree.  He did not know what caused him to fall asleep.  The Commission summarized the issue before them, noting, “The question confronting the Commission is whether an accident occurring because the claimant falls asleep behind the wheel arises out of his employment.”  Norris v. ETEC Mechanical Corp., JCN VA00001317384 (June 25, 2018).  The Commission rejected the argument that the street-risk doctrine applies under these facts, as there was no explanation as to how a condition of the workplace or a risk of the street caused or contributed to either the claimant falling asleep or to the accident.  The Commission held that merely driving a vehicle did not create a risk that the claimant would fall asleep.  In a 2-to-1 decision, the Commission found that there was no evidence establishing a causal connection between the claimant’s employment and his falling asleep, and therefore denied the claim.  The dissent, citing New Hampshire law, argued that where the employment places the claimant in a position of operating a motor vehicle, a failure to prove the cause of falling asleep should not determine whether the accident arose out of the employment.  The dissent asserted that the employment required his presence on the roadway and therefore placed in him a position that increased the dangerous effects of a motor vehicle accident.

The Court of Appeals

On appeal, claimant argued that the street risk doctrine applied but the Court disagreed, noting that the Commission implicitly found claimant failed to prove his accident arose from an actual risk of his presence on the street and the record did not contain any evidence to explain how any hazard of the street caused the claimant’s injuries.  The Court of Appeals explicitly rejected the reasoning in the dissent that the accident arose out of employment because the employment placed the claimant in a position increasing the dangerous effects of the motor vehicle accident.  The Court held that it was the claimant’s statutory burden to prove that the accident arose out of his employment but that he failed to prove any nexus whatsoever between his employment and falling asleep while driving.  As a result, the Court of Appeals held that the street risk doctrine was inapplicable to the facts of this case and affirmed the denial of benefits, concluding that claimant failed to establish the necessary critical link between his injuries and an actual risk of his employment.