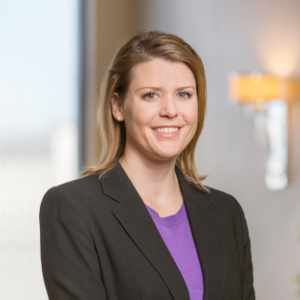 Amanda T. Belliveau represented the employer and carrier in a recent win on a willful misconduct defense for failure to wear a seatbelt.

In Mizelle v. Holiday Ice, Inc. , JCN VA00001515696 (June 18, 2019), the claimant testified that he has been aware of Virginia’s law requiring drivers to use a seat belt since he began driving at the age of 16. On the date of his accident, he got into the employer’s truck to make a delivery and started driving without putting his seat belt on. Though he knew the law required him to put on his seat belt, he admitted that he had not put on his seat belt, and testified that he intended to put on his seat belt during the trip. He drove for less than five minutes before he lost control of the truck, and he was ejected during the crash. The Deputy Commissioner found 1) that the claimant’s failure to wear a seat belt constituted inattention rather than a willful act, and 2) that the injuries were not proximately caused by his failure to wear the seat belt.

On Review, the Commission unanimously reversed the Deputy Commissioner.

Citing Layne v. Crist. Elec. Contr., Inc. , 64 Va. App. 342 (2015), the Commission explained “willfulness” in the context of a willful misconduct case as doing something “purposely and not accidentally.” The Commission found that the claimant’s failure to wear his seat belt was willful because he knew of his obligation to wear the seat belt, drove the truck knowing he was not wearing it, and admitted that though he intended to put the seat belt on, he failed to do so. The Commission rejected the claimant’s argument that there was an exigency that excused the claimant’s failure to wear his seat belt (the claimant argued that he did not put on his seat belt as he was rushing to make a delivery), as the claimant admitted the delivery was like most routine deliveries and there was no evidence that it was particularly urgent or rushed.

Interested in the helpful tips and standards for burden of proof, included in our monthly e-newsletter, Workers' Compensation Defense Digest? Let us know and we'll send them to you right away.

Have a copy of the 2018 Virginia Workers' Compensation Adjuster's Guide? See page 89 for more information on Willful Misconduct in Virginia. Or, email to request your free copy by mail.

Contact any of our Workers' Compensation practice group attorneys.