"Act of God" and Compensability in Virginia 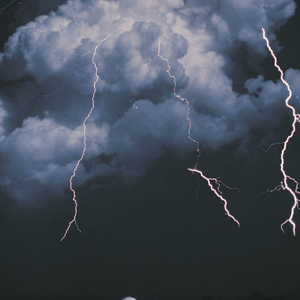 ng season here and the summer months approaching, many employers may find an increase in work tasks to be performed outdoors. As a result of increased productivity outdoors, employees will be exposed to varying weather conditions and forces of nature in the form of wind, rain, lightning, hail, etc. However, accidents and injuries caused by weather conditions must be tied to an actual risk of employment in order to be found compensable.

"Act of God" and the Actual Risk Test

In Virginia, the “actual risk” test requires that the employment task expose the employee to the particular danger that instigated his or her injury. Under the actual risk test, evidence of an injury while at work from a force of nature, standing alone, is considered an “Act of God” and does not establish that the employee is entitled to workers’ compensation benefits. However, when characteristics of the employment bring into existence a peculiar risk to thedisastrous forces of nature, the injury of an employee may be compensated. Hazards to which the general public are equally exposed are non-compensable. It should also be noted that public safety officers are specifically accounted for in Virginia. Pursuant to Virginia Code § 65.2-301.1:“In situations where weather constitutes a particular risk of a public safety officer’s employment and where the public safety officer’s injury arose out of and in the course of his employment, absent a misconduct defense, such injury shall be compensable.”

The “Act of God” concept was illustrated in the recent Court of Appeals of Virginia case, O’Donoghue v. United Continental Holdings, Inc., 824 S.E.2d 519 (Va. Ct. App. Mar. 26, 2019). The claimant in O’Donoghue was employed as a ramp serviceman for an airline. His job duties included loading and unloading airplanes. On the date of his accident, the claimant was assisting with an airplane that had just arrived to the airport. He positioned a metal ladder in standing water, climbed the ladder, opened an access panel on the plane, and reached for an interior switch that operated the cargo door. While he was performing this task, he could see lightning in the distance. When the claimant touched the switch, he “felt electricity” go “through his body.” The claimant reported to his supervisor that he had been struck by lightning. At the hearing, the claimant testified that he “did not know” the source of the electricity that came out of the panel box and went through his body. Specifically, he testified that he was not sure if the electricity was static electricity from the ground, the sky, the aircraft, or a lightning strike. The medical evidence also included various descriptions of the electrocution. The medical records indicated that the claimant was struck by lightning, that he was either struck by lightning or impacted by lightning that struck the airplane, or encountered static electricity.

The Court of Appeals affirmed the Commission’s denial of benefits indicating that being injured by a lightning strike was not an actual risk of the conditions of the claimant’s employment. It was found that no evidence related how the conditions of the claimant’s employment, such as “working outdoors with storms in the distance and while standing on a metal ladder in an inch of water,” exposed the claimant to a particular risk of injury from lightning not otherwise experienced by another individual in the same vicinity. It was also noted that the evidence in the record did not “disprove as a matter of law the theory that the claimant was injured by a lightning strike rather than by an electrocution wholly unrelated to lightning.”

This concept was also observed in another recent Court of Appeals of Virginia case, Conner v. City of Danville, Record No. 1486-18-4 (Va. Ct. App. Apr. 23, 2019). In Conner, the claimant, a corporal for the City of Danville Police Department, and other officers were conducting an investigation at a duplex on the date of injury. During the course of the investigation, the officers located a suspect. The claimant and a fellow officer were interviewing the suspect on a sidewalk outside the duplex. The interview was going to be moved to the inside of a police vehicle, when the other officer suggested the interview be continued on the porch of a vacant side of the duplex.

The Court of Appeals agreed with the Commission’s finding that the claimant’s injury was caused by an Act of God and did not arise out of the employment. It was found that the incident in question was not one where the claimant’s employment required her to perform her job in a dangerous weather situation. Specifically, the Court adopted the Commission’s finding that there was “no greater risk than anyone else who happened to be outside that day.” Additionally, it was found that there was no evidence to establish that the claimant’s employment required her to be outside while she interviewed the suspect.

When investigating a claim that involves a weather-related factor, it is important to ascertain whether the characteristics of the employment collaborated in causing the injury. Specifically, the employment task must have exposed the employee to the force of nature that caused his or her accident and injuries in such a way that members of the general public were not ordinarily exposed. For example, an employee alleging injury by lightning strike would have to establish a characteristic of their employment that exposed them to a risk of injury from lightning not otherwise experienced by any other person in the same area. In these respects, Act of God cases are extremely fact specific. If you have any questions about this topic or a certain fact pattern, please contact any of our workers’ compensation attorneys for assistance.