A Winter Wonderland of Slips, Trips, and Falls on Snow and Ice 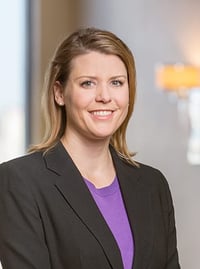 The recent cold snap will likely result in an increase in claims alleging slips or falls on snow or ice.  The claims must be analyzed on a case-by-case basis in order to determine whether the injury arose out of and occurred in the course of the employment.

Arising out of Analysis

Generally, ice or snow will be considered an added risk.  However, a claimant must relate an injury to the ice or snow in these cases.

In Schmidt v. Old Dominion University, a claimant testified that she slipped off a landing, but she could not identify what caused her to slip.  She testified that it could have been water as it was raining outside, but that she did not know if there was water or anything else in the area where she slipped.

The Commission found that she did not meet her burden – there may have been water on the landing, but it was equally probable that there was no water on the landing, as the presence of water was merely conjecture by the claimant.  The same concept applies to ice and snow.  It is important to assess whether the claimant identifies ice as being the cause of her slip.  It is also important to recognize the Commission’s ability to make a reasonable inference.  For example, if the claimant says that he does not know for sure if he slipped on ice, but that there was ice “all over” the parking lot in the area where he slipped and he believes that is what caused him to slip, the Commission is likely to reasonably infer that he slipped on ice.

Suppose an employee identifies ice in a parking lot as the cause of their fall.  The arising out of analysis is often combined with an in the course of analysis in these types of claims in order to determine whether the person was in the course of his employment at the time of the fall, and whether that particular hazard (ice) is an added risk of the employment, as opposed to a risk to which the general public and employee are equally exposed.

In the Course of Analysis

Examples of scenarios that fall into these exceptions:

In Griffin v. Sandler Management Company/Tidewater Financial, the claimant sustained injuries when she slipped on black ice in a parking lot while walking to her car after the workday.  Four businesses, including her employer, occupied the building next to the parking lot, and the claimant did not have an assigned parking space.  The Commission found that the claim was not compensable, as the injury occurred in a public parking lot that was not owned or maintained by the employer, and specifically in an area of the parking lot open to all tenants and customers of the strip mall.  As this was a common area, it was found that it was not the only means of ingress and egress for employees.  Griffin v. Sandler Management Company/Tidewater Financial, JCN VA00000392948 (July 18, 2012).

The compensability of sidewalk and parking lot slips are determined on a case-by-case analysis and are based upon several factors as discussed above.  The primary questions are:

Additionally, the employer’s control or direction over the employee being in the location of the slip is also an important element to consider.  These facts should be obtained from both the employee and employer, if possible, and assessed under both arising out of and in the course of guidelines.